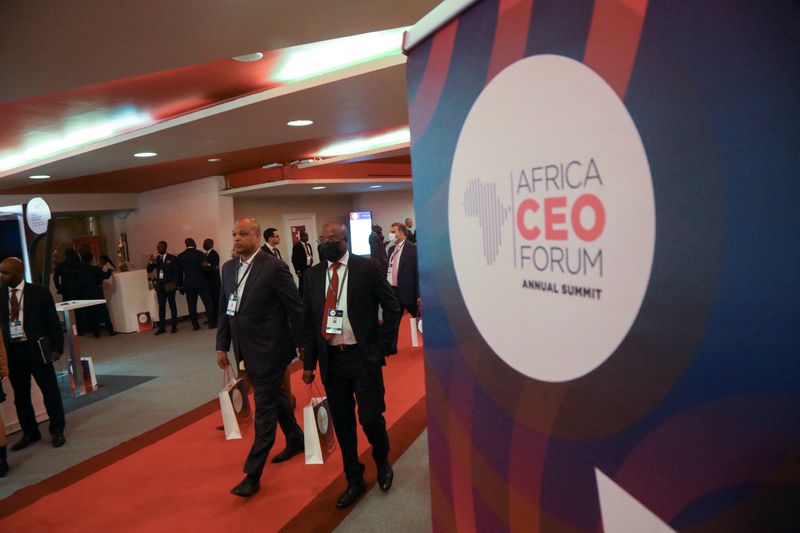 MCB, which has an exposure of $850 million in Nigeria, already has representative offices in Nairobi and Johannesburg as part of its push into Africa, in addition to its offices in Dubai and Paris.

Thierry Hebraud, head of corporate and institutional banking, told Reuters on the sidelines of the Africa CEO Forum in Abidjan that the pandemic had delayed plans for the Nigerian office, but they were now in the final stages of central bank approval.

“Today, more than 50% of our balance sheet is outside Mauritius, and most of it is in Africa,” he said. “I think in the next few months we will be operating the new representative office in Nigeria.”

Hebraud said the bank is now focusing on structured finance in the upstream and downstream oil and gas industry and petroleum trading, and is looking to expand into renewable energy and mining.

Until now, from its headquarters in Port Louis, it managed operations such as the acquisition by Seplat and Sahara Oil of assets put up for sale by international oil groups.

“We think we will continue to grow in oil and gas, but at a slower pace. We will definitely grow in energy and infrastructure,” he said.

Hebraud said banks must support Africa’s oil and gas industry to provide the energy needed for the continent’s growth, even if climate change drives a transition from fossil fuels.

“Imagine all the banks pulling out of this business, you’ll cut power to half the continent,” he said.

MCB already has an exposure of approximately $300 million in Ghana, and an additional $200 million in Senegal and Côte d’Ivoire. Among its clients is the Turkish Karadeniz, which operates floating powerships in several West African countries.