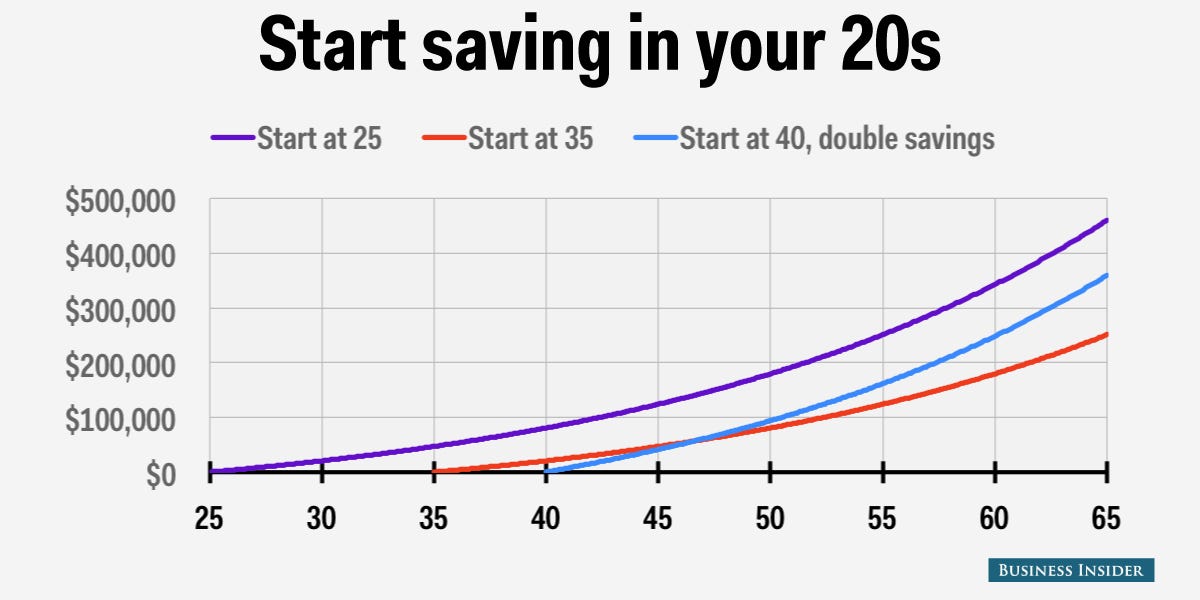 Business Insider recently published a video in which author James Altucher argued that young people should avoid 401(k) plans and instead focus on “investing in themselves.”

In fact, this may not be the best advice for people in their 20s and 30s who want to eventually retire.

Jack Otter wrote a rebuttal in Barron’s against Altucher’s comments that points out several problems with advising young people not to invest in a pension plan.

One of Otter’s observations stands out as by far the biggest problem with Altucher’s argument, and the main reason you should start saving early: compound interest.

The earlier you start saving for retirement, the more funding you can take advantage of. The money you start saving in your twenties will start earning interest, and then that interest will itself earn interest, causing your account size to grow exponentially.

To see why it’s a good idea to start saving in your twenties, consider the following thought experiment.

We have three investors who take different approaches to retirement savings:

If we assume a respectable but reasonably conservative annual rate of return of 5%, here is what happens to the accounts of our three investors:

takes effect, will have a balance of approximately $460,000 when she is ready to retire at age 65.

Meanwhile, our second investor who took Altucher’s advice and deferred saving until age 35, invests a total of $108,000, but only has about $251,000 in his account at retirement age. Missing out on those ten years of interest means that our second investor will retire with about 55% more money than our first investor.

Otter points to other benefits of a 401(k) plan, such as employer matching and tax incentives. But even putting those aside, the sheer power of compound interest alone means it’s almost certainly a good idea to start saving for retirement as soon as possible. 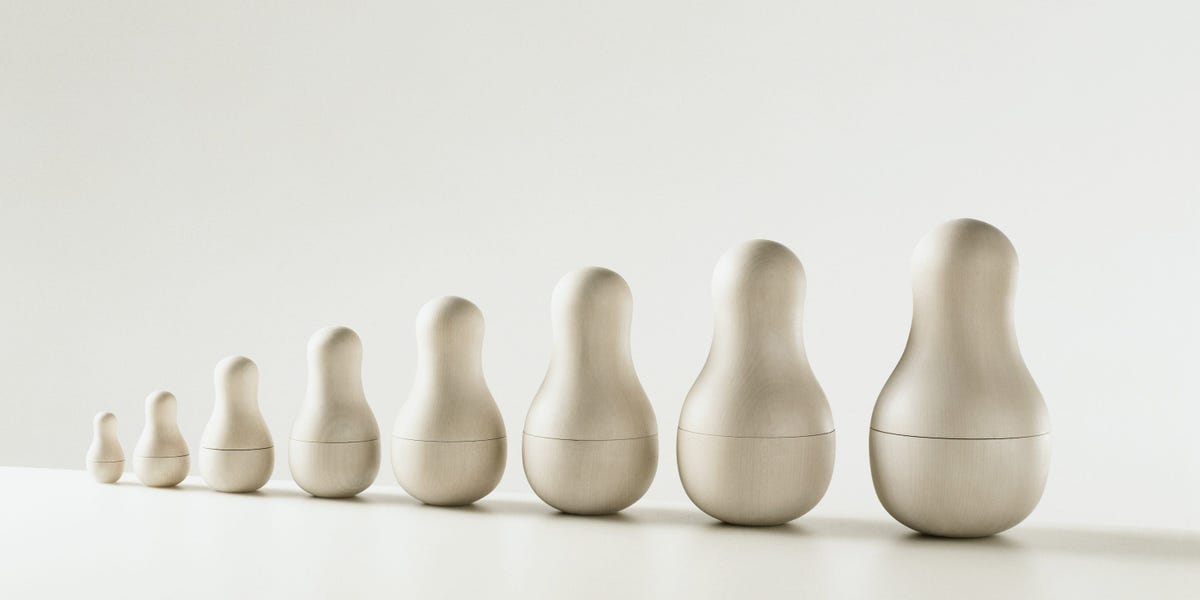